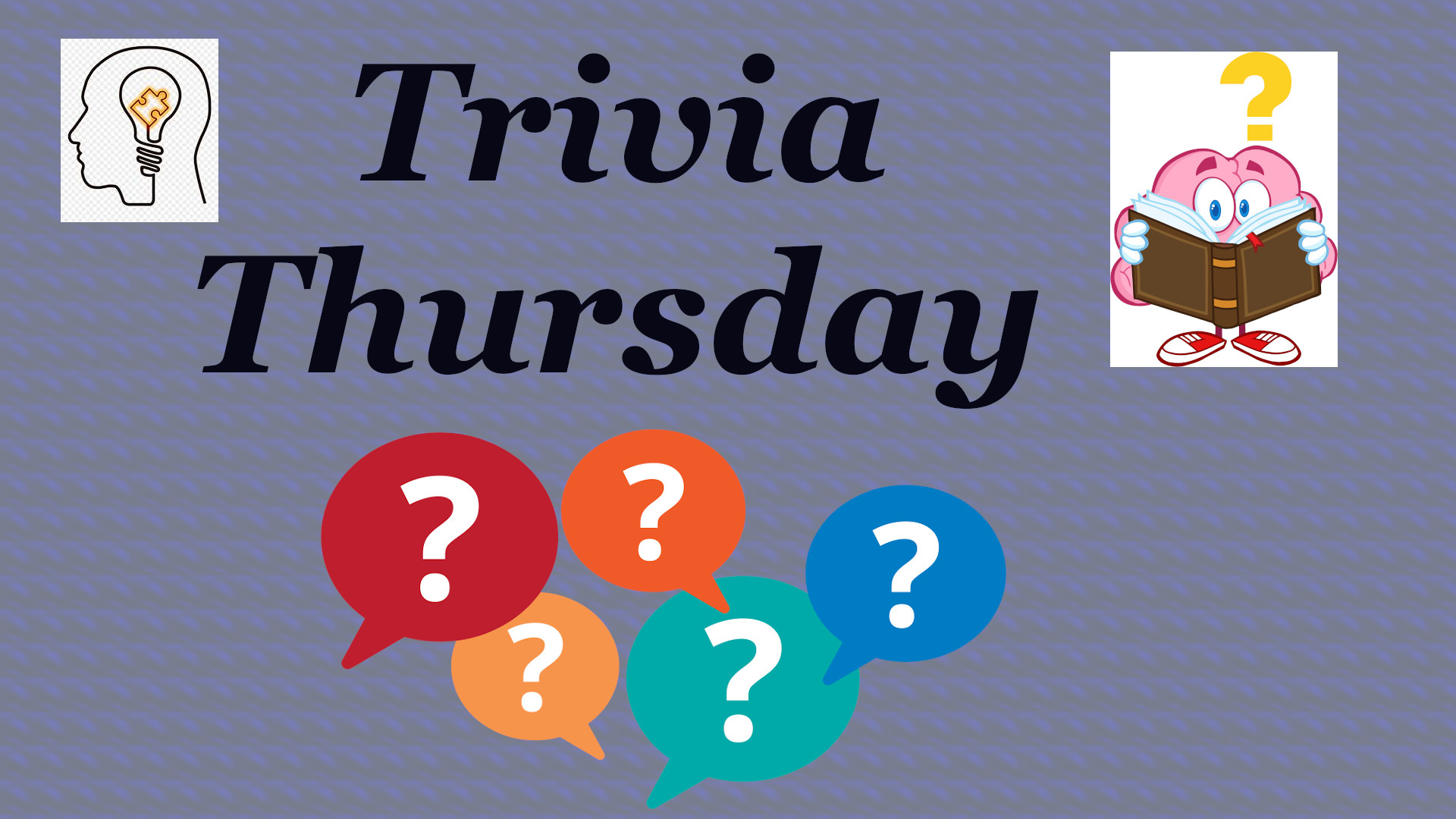 We hope you are ready for our fifth addition of Trivia Thursday.  As usual there will be a list of trivia questions and a short story below which have the answers hidden with in it. Some answers obvious while others might be harder to figure out.   The answers are posted in the comment section. Do you think you can solve them?

Please feel free to leave comment and let us know how you did. .

As the plane lifted off from the St. John Newfoundland Airport a young man was taking his first flight to Australia. While he was traveling alone, he struck up a conversations with an older gentleman sitting beside him.

“Hello My name is Robert Burns”

“Well hello, nice to meet you. My name is James Hogg. Where are you heading?”

“I am heading to Australia to work at Adelaide Zoo.  I am hoping to work with the Great Pandas but I have also applied to work in the Polar Bear exhibit.” Robert enthusiastically replied.

“Wow that is an amazing opportunity for you” James was impressed with this young man’s enthusiasm. “I was in Australia last year tracking the feral ostriches that roam the outback.”

“That is awesome, Mr Hogg”

“Please call me, James” he responded “Tell me more of what you like to do while in Australia, Robert”

“Well,” he answered, “I heard that my Grandma’s favourite TV show was filmed out there. So I plan on grabbing some shots of the beaches to seeing if she can pick out which one Baywatch was located at.”

“That is very nice of you. Your grandma will love to see those pictures. I visited the set of my favourite TV show Hercules when I was there.  It was a nostalgic moment for me.” James voice trailed as he reminisced of that time.

“I heard my grandpa talk about that show.” Robert spoke interrupting James’ conjuring of the past.

“Wow that makes me feels old” James thought to himself looking out the window. The ocean looked like a large blue lagoon.

“So where are you going James?”

“I am heading to Argentina to visit my granddaughter.” He replied before asking Robert, “So have you ever flown before?”

“No this is my first time”

“Well then you must trade places with me and check out the view from the window seat.”James offered.

After trading places, Robert quietly watch the world below him as the Ocean turn to land and James open his book and read for a little bit.  They quietly enjoyed each other company as they flew to their perspective destinations.